If you do, it’s probably time to rip up your old deck boards and replace them with new decking. That is about how long you can expect a wooden deck to last before you’ll need to think about replacing your decking.

If you don’t replace a deck when it gets to be that old, it’s not going to look very nice. It’s also not going to be very stable because of common wear and tear and rotten wood. This could potentially put you and others at risk when standing on your deck.

There are also a whole host of other signs that will show that you need to strongly consider investing in new decking. You should keep an eye out for these usual signs and strive to get your hands on a new deck ASAP if you spot any of them.

Here are the signs that will indicate it’s time for new decking.

When new decking is first built, it always looks beautiful. But over time, it’s not uncommon at all for decking to fade.

Before long, a deck will turn into an eyesore, which will make people not want to use it. No one wants to sit around on a deck that looks disgusting from top to bottom.

If your deck doesn’t look as nice as it used to, you might be able to breathe some life back into it by pressure washing it. You might also be able to stain your deck to make it look like new again.

But eventually, even these options are going to stop working. At that point, you’ll want to part ways with your old deck and put new decking that looks amazing in its place.

Your Deck Doesn’t Seem as Safe as It Should

When you walk around on your deck, each and every aspect of it should feel safe and secure. It shouldn’t ever seem as though a part of the deck might just disintegrate at a moment’s notice.

All of these issues could come back to bite you if you continue to use a deck in spite of them. It will only be a matter of time before a deck board falls off completely and leaves a hole in your decking or a railing topples over and causes someone to fall along with it.

You might be able to repair certain aspects of your deck to keep it safe. But if you feel as though you’re making another repair to it every other week, that should be a sign that new decking needs to be in your near future.

Your Deck Has Splinters Popping Up All Over the Place

When a deck is still on the newer side, it’s not going to have a single splinter popping up out of it. Even if you don’t stain and seal your deck every year, splinters shouldn’t be too much of a problem.

But at some point, some of your deck boards are going to begin to splinter in various spots. And this is going to lead to splinters popping up all over the place and putting you and others at risk.

Getting a splinter can really hurt, and getting it out can be even more painful than getting it in the first place. It’s why you shouldn’t ever put yourself in a position where you’re constantly exposed to splinters while walking around on an old deck.

Your Deck Is Starting to Move Away From Your House

If your deck is connected directly to your home, you should inspect the area right between your deck and your house every so often. It’s important for your deck to sit right up against your home so that there isn’t a gap between the two.

You’re going to start to see a gap form between your deck and your house once your deck starts to get up there in age, though. It’s going to be a surefire sign that your deck is eventually going to pull all the way away from your home and possibly collapse.

When you first notice that your deck isn’t right up against your home anymore, you might be able to remedy the situation with the help of a professional. But you might also want to start planning to tear down your old deck to make way for new decking by Ipe Woods USA.

Whatever you do, you do not want to ignore the fact that your deck seems to be breaking up with your house. It could put you and others in harm’s way without any warning.

Your Deck Is Rotting in Lots of Different Spots

Every now and then, you should walk around on your deck with a screwdriver and poke your deck boards with it. You should also use the screwdriver to poke the posts, stairs, railings, etc. that make up the rest of your deck.

This is an easy way to check your deck for any signs of rotten wood. If you happen to have any parts of your deck that are beginning to rot, your screwdriver is going to let you know about it. It’ll go right through the outer surface of your deck and show that you have a serious problem.

If you notice that your deck is only rotting in certain areas, this will give you an opportunity to bring it back to life. You can simply replace whichever aspect of your deck is rotting to shore it up.

But if you have extensive rotting going on within your deck, that will be a much different story. You really won’t have any other choice but to install new decking in place of your old deck.

When this happens, deck boards will typically begin to warp and bow. And the situation will get to be even worse if you continue to allow moisture to attack your deck without doing anything about it.

It’s usually going to be very easy for you to tell when your deck boards start to warp and bow. They’ll feel very uneven and create all kinds of cracks and gaps in your deck. It could make your deck both unsightly and unsafe.

It’ll make installing new decking the only real good option for you. Otherwise, you might spend a fortune to replace all your deck boards only to have other issues with your deck appear in a matter of a year or two.

Your Deck Is Being Overtaken by Plants and Wildlife

Most people have a bunch of space underneath their decks that they don’t use. Oftentimes, plants and wildlife will work their way into it and take over.

For the most part, this shouldn’t present too much of a problem for you. You shouldn’t have to worry about the plants or wildlife creating any issues for your deck.

But as time goes on, these plants might start to grow out of control and come up through the gaps in your deck. The wildlife, meanwhile, might build nests and invite other pests to set up shop under your deck.

At that point, you aren’t going to feel too comfortable using your deck with everything that’s going on under it. You also won’t like the way that your deck looks when it appears as though it has been overtaken by Mother Nature.

You’ll want to tear down your old deck, clean up everything that was under the deck, and start fresh with new decking. You’ll also want to make sure that you animal-proof your deck to stop wildlife from getting back under your new deck.

You’ll feel so much better about using your deck again once you get the situation under it under control.

Your Deck Isn’t Big Enough for Your Family Anymore

If you and your family enjoy spending time together out on your deck, you should do it as often as you can. But you should make sure that you’re not all sitting on top of one another while you’re on your deck.

This might be what happens if your family has grown over the years, though. What used to be a nice, big deck will begin to feel like a really small one.

You should remove your old deck from your property when this is the case and install new decking. You should make it even nicer and even bigger than your old deck so that everyone in your family can stretch out.

The cost of building new decking will be well worth it once you see how much more comfortable your deck is. It’ll ensure that you and your family will want to spend even more time on your deck than you did before.

Your Deck Is No Longer a Selling Feature for Your Home

When you go to sell your home one day, you’re going to want to be able to use your deck as a selling feature. A lot of people love the idea of buying a home with a deck so that they can spend time with their families on it. So you should try to give them what they want when it comes to decking.

It’s going to be challenging for you to do this if you have a very old deck. Your deck is not going to help you sell your home at all. You actually might have to bring the price of your home down because of it.

It would be smart to stop this from happening by putting new decking into place. It’ll make your deck a selling feature again.

The idea of you selling your home might not be on your radar right now. But that shouldn’t stop you from installing new decking. It will pay off in a big way when you go to sell your home at some point in the future.

But even with that in mind, you shouldn’t put off installing new decking for any longer than you absolutely have to. It’s going to drag down the aesthetic appeal of your home and possibly put people at risk in the process.

Instead, you should contact a deck contractor about buying new decking for your home after spotting the signs listed here. It’ll be one of the best decisions that you ever make.

Want to discover more about replacing a deck or performing other home improvements? Check out the other articles found on our blog to get some great advice. 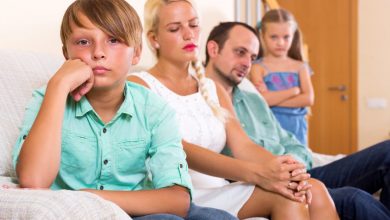 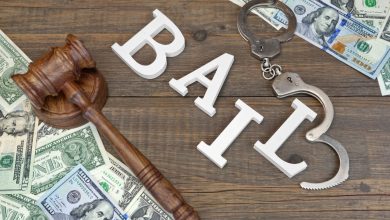 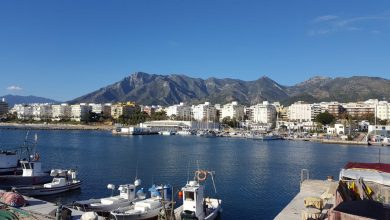 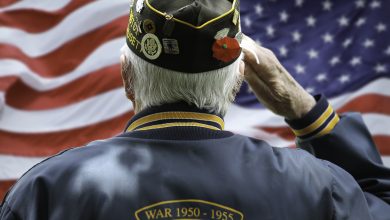