According to popular definitions, a café racer is a light motorcycle that is optimized or heightened for handing and speed rather than comfortability. The original term can be traced back to the 1960’s among the young riders in Britain. These riders used to strip their bikes off extra and unnecessary parts and race between the cafés and hence the birth of the term – café racer.

In addition to having extra non-essential parts removed, the café racers are also true engine marvels with modifications and tuning to further improve performance. For example, the handlebars are not only clipped but modified to point downwards. The seat is also made flat and flows attractively with the fuel tank. Some café racers also have modifications that highly and smoothly improve aerodynamics. It is no wonder that some café racers cruise at more than 124mph quite easily.

From the onset, the riders of these motorcycles were rebellious in nature and therefore the café racers were connected to this popular but rebellious culture. The motorcycles were a choice of this group of young riders out of necessity because they could hardly afford to buy cars. After some time, say a decade or so, every average person in the country could now afford a car. This marked the transition of the motorcycles to the popular ones that we have around today, markedly a symbol of pop rebellion. Rocketing past the cafes, the bikes screamed of youth, style and agility. 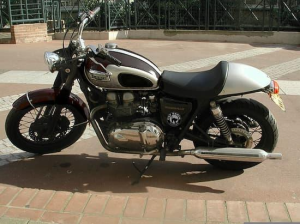 Over the course of time, café racers have been widely admired and appreciated due to their speed and customizations. Riders have become greatly attached to these motorcycles with that attachment growing even deeper as years pass. Now, what started as a simple and youth motorcycle strip, modify and race has turned into an industrialized and sophisticated motorcycle building innovativeness. Some of the most conspicuous changes that we can see today include the following;

To make the matters even better, you can have your café racer custom made for you, or even build your own.

Factory model café racers are also sweeping the market today. All major automakers can no longer ignore the growing motorcycling market and culture. The factories have come up with perfect café racers for the motorcycling niche. Among the most important to mention here include the following;

If you do not have the time, money, space or knowledge to make your own café racer, then you can always get one from modern factories.

Café racers have a rich history and evolution that everyone would want to be associated with. They are popular motorcycles that are optimized for and associated with speed and performance as opposed to comfort. From the 1960’s to modern times, these bikes have remained popular and a choice of many, especially the youth racers. A cafe racer motorcycle is therefore a choice that you cannot ignore. 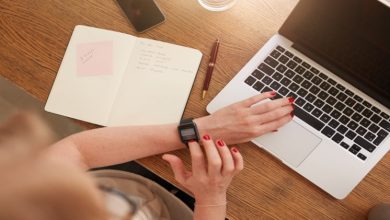 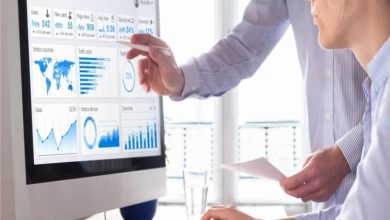 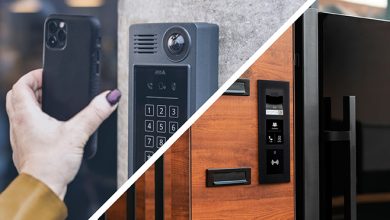 The IP Intercom – A New Addition To Your Security System