Only the exact version of the truth is acceptable. Court reporters in Miami don’t just deliver transcripts, they liaise, coordinate, and generally ensure smooth legal proceedings. As officers of the court, you can expect high quality and professionalism in everything they do.

The Undertakings of Court Reporters in Miami

As expert professionals with several years of training, a court reporter’s main focus is to deliver transcripts of court proceedings. They record everything accurately and effectively. Attorneys can use those documents to develop their case strategies.

Another important aspect of the recording is that transcripts can be searched and archived. In fact, court reporters in Miami are often also referred to as guardians of the record. They are impartial and must ensure everything is filed correctly and according to best practices.

Court reporters in Miami are often under tight deadlines and so it’s critical for them to prioritize their team well. They also need to ensure they organize their notes properly so that there can be no confusion between different cases. Most importantly, they uphold confidentiality and neutrality so as not to adversely impact proceedings.

In order to do their jobs effectively, court reporters in Miami must have good listening skills with a passion for attention to detail. They also need to type up to a certain speed, the standard for which is set by the National Court Reporters Association.

In summary, these are the key components of a court reporter’s role:

As mentioned, the core part of what court reporters in Miami do is to record everything that’s being said in court. As part of their training, they develop the expertise to do this with at least 98% accuracy. After the proceeding, they therefore do a final proofread and edit before certifying the final document.

Not only do court reporters in Miami ensure the certified transcripts get to the right people, but they also liaise with court attendees. For instance, some witnesses might need help accessing remote dial-in details. They might even need some coaching to get them to speak clearly and slowly.

As guardians of the record, reporters also oversee the filing process. The aim is to make sure that documents can be easily found whilst upholding confidentiality requirements. Reporters work with the courthouse clerks to optimize both the online and offline processes for document storage.

A major evolution within the industry has been the advent of digital technology. Thanks to those tools, court reporters in Miami can deliver transcripts within 24 hours or less. Traditionally, they would take 2 to 3 days.

Significantly, digital tools only support a court reporter’s work. Many people previously worried  that digital voice-to-text software could replace reporters. It has been demonstrated that computers cannot match a real-life reporter’s accuracy or professionalism. After all, a computer cannot take accountability for a transcript.

Digital tools allow court reporters in Miami the ability to offer real-time transcripts. With voice-to-text software, an attorney can access real-time documents and even write their notes in the margins to refer to later. More specifically, it allows those who are hard of hearing can also follow proceedings in real-time.

There are many digital options for court reporters in Miami but the common ones you might see are as follows:

This rather strange-looking contraption is essentially a plastic mouthpiece into which court reporters speak. They repeat verbatim the proceedings around them. Simultaneously, the computer-aided transcription (CAT) software on their laptop turns their voice into written text.

With cloud and remote access connections, other people can log in to view their laptop screens. This allows them to follow the real-time transcript with whatever edit rights the reporter grants.

Every court reporter has a stenograph. This is the original machine that’s been around since the mid to late 1800s. This clever typewriter uses shorthand keys so that reporters can type quickly.

Traditionally, reporters would need days to translate those notes into the written word. Today, stenograph machines connect to laptops and software to allow reporters to work faster than ever.

Some court reporters use microphones and cameras to create a backup. Generally, this backup only serves as a reference point although in some cases, the recording can become an exhibit. Either way, the reporter still needs to produce a certified, written transcript.

Final Thoughts on What Court Reporters in Miami Do

Ultimately, reporters deliver a written record of all court proceedings. These days, they use digital technology to allow them to turn around documents even more quickly than before. Digital tools also give them the opportunity to provide real-time transcripts.

As officers of the court, reporters are also responsible for ensuring all documents are properly filed and stored. They work with the courthouse clerks to verify that best practices are being followed. Moreover, they liaise with attorneys and other court attendees to ensure smooth logistics and quality service for everyone. 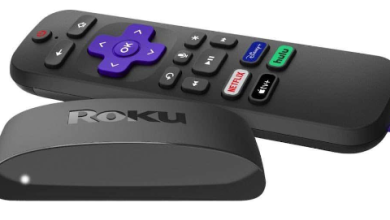 How to Reset and Repair Roku Remote? 3 Tips To Winterize Your Roof For Winter 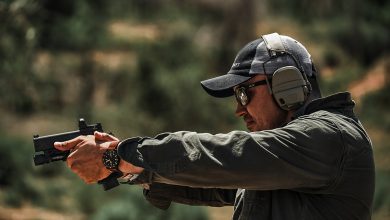