Found on the northern shores of the Colorado River, Downtown Austin is a booming business town in Austin, Texas. The district hosts some top neighborhoods considered incredible for moving. If you are planning on moving to Downtown and you are considering which neighborhoods to go for, then this article is just all needed.

In this article we will provide you with Downtown Austin neighborhoods from which you can make your choice for relocation without being removed too far from your workplace, school and friends.

Tarrytown is one of Austin’s top neighborhoods for moving. It is located in the Western part of Downtown Austin. Tarrytown is bordered to the south by Lake Austin Boulevard, to the West by Lake Austin, to the north by West 35th Street and to the East by Mopac Expressway.

Tarrytown has a series of houses for residence for interested buyers. Houses for people living in Tarrytown may include remodeled homes, cottage homes and expanded homes. Tarrytown and Downtown are separated by a distance of 3.1 miles. The neighborhood is such an incredible place to move and live. As for the best movers to assist with your moving, Tarrytown Movers is just a beckon away.

By distance, South Congress is closer to Downtown than Tarrytown. SoCo, as it is popularly known locally, is just some 2.8 miles away from Downtown, but adds a little more miles in altitude. The neighborhood is incredibly designed with vintage aesthetics  especially when observed from the Congress Street Bridge.

South Congress is seen as South Austin’s coolest neighborhood. It has many retail shops and restaurants such as June’s, Vespaio Restaurant, Magnolia Cafe, Burger King, Aba – Austin and Prim and Proper. The neighborhood has also got some very nice boutique shops and houses of different kinds for residence.

Clarksville is also one of the top neighborhoods in Downtown. With its rich history, unique homes and galleries, eateries and parks. By distance, Clarksville lies some 1.5 miles West away from Downtown Austin. Clarksville was part of West Austin’s old arrangement. It lies in-between West 5th Street of Enfield Road and MoPac Expressway.

Expect to find different bungalows, condominiums, urban style and some traditional homes like the 2-story brick native homes. Most people love Clarksville because of its rich history and because it can be trekked from the downtown area.

Barton Hills is some 4 miles away from Downtown Austin. The neighborhood is one of the most urbanized areas in Downtown. Because of its close proximity to the popular Zilker Park, Barton Hill is always agog with new residents moving to enjoy the peace and security that the neighborhood offers.

The houses of residence in Barton Hill are historic. Most of them have been there for as long as the 1930s. However, newer constructions also abound for movers who want to feel the taste of modern residence styles. Adding to the historic nature of the neighborhood is its closeness to the Barton Creek Greenbelt where you can hike, and its proximity with Lady Bird Lake. At Lady Bird Lake, you can engage in recreational activities. The neighborhood also has the popular Barton Springs swimming Pool.

Downtown Austin and Zilker are separated by a distance of 2.5 miles. Zilker is one of Downtown’s most cherished neighborhoods by both locals and those moving in. It has a popular park, Zilker Metropolitan Park, where you can have fun as a new person within the area. The Park is also home to different festivals spread across the year.  Zilker equally boasts of some nice restaurants where you can host yourself as a new person in the residence. Some of these restaurants include, Aba-Austin, Moonshine Patio Bar and Grill, Tiki Tatsu ya, Higher Ground and Loro.

The neighborhood equally has an elementary school, Zilker Elementary School, just in case you are moving into the area with your kids.

Easton Park is peaceful and secure for living and has some of the best Public Schools, including Strawberry Crest High School, and Saints Peter and Paul Parish and School.

Downtown Austin has some great neighborhoods for residence and vacation. With these peaceful and secure neighborhoods which we have considered in the article above, people who want to live and share close proximity with Downtown Austin can have various options from which to choose and move. For your moving around these neighborhoods however, the Tarrytown Movers can always guarantee a professional, swift and damage-free relocation. 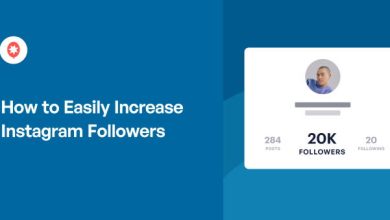 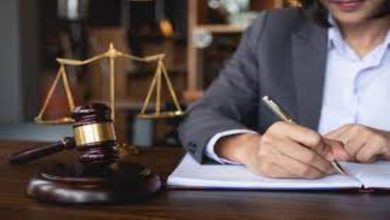 How can a debtor get help from a debt collection attorney?