Omega has established its name for producing high-quality, intricately designed timepieces among other luxury watches globally. History says a lot about its success for over a century now. Additionally, if we look back at how popular it became, we’ll likely be amazed by its contributions.

We already know Omega watches participation in big organizations, not to mention the successful people wearing them. No one will ever forget the first landing on the moon, the Olympics, and the iconic James Bond movies. These are just some samples wherein Omega played a big part and is now recognized by people worldwide. For now, let’s take a look back at the history that made way for Omega to succeed.

One of the great watches that started Omega’s history is the Minute-repeater. It is like a pocket watch in case size but has wrist straps on both sides, at twelve and six. Louis Brandt and Frére unveiled it at Bienne, Switzerland, in September 1892. Audemars Piguet collaborated with them to adapt a Lépine 13-ligne ébauche Audemars had obtained from LeCoultre & Cie.

When the timepiece slid over 3 o’clock, it activated the mechanism. Roman numerals are used to denote the hour markings and Arabic numerals for the minute markings. In addition, the cover has the phrase “Excluded from the competition: juror, Paris 1889” inscribed. César Brandt, who also served on the jury for the 1889 Paris World’s Fair, likely excluded the wristwatch from the medal competition, as his relationship with the company would compromise the fairness of the proceedings.

The following important milestone for OMEGA happened in 1900 when British officers in South Africa’s Boer War started using the first wristwatches bearing the Omega name (1899 -1903). Thus, it was the first company to begin serially making timepieces.

During World War I, the first wristwatches were developed to survive being tossed around on the battlefield. That’s just how durable the timepieces are even before.   A 1904 watchmakers’ magazine ad described the testimony of a British artilleryman. He claimed that the watch had outstanding abilities when it has undergone freezing weather, scorching heat, heavy rains, and harsh sandstorms. With his conclusion, the lieutenant colonel noted that “The wristwatch is an essential campaign element.”

The OMEGA wristwatch earned its reputation as a sturdy, hard-working timepiece. For fashion reasons, it produced two different design proposals. The first one had the crown on the right, intended for the left wrist, while the other had the crown on the left, which they wore on the right wrist. The Lépine 12-ligne Caliber HN B movement inside the case served to power both movements.

As of 1952, the company began using the moniker “Constellation” to refer to its certified wrist chronometers.  Its movement with a diameter of 28.1mm by 5.4mm passed all official chronometer testing, which showed its accuracy. The quality, robustness, and dependability lead the brand to begin mass-producing the Constellation.

The Constellation was the first chronometer the company made serially. Caliber 28.10 RA SC PC RG AM was the premier model of the Constellation’s movement. A movement initially developed for OMEGA in 1945 came to be known as the “352” and began to wind itself with a unidirectional hammer-type winding weight. This watch is an example of Omega’s brilliant ingenuity coupled with the sleek lines of the wristwatch face, making it a true classic.

While many may consider the Speedmaster to be well-known and iconic, its beginnings go all the way even before it was launched into space. Jacques Reymond made another movement in 1943, the Caliber 27 CHRO C12. He was from a family of watchmakers and started his career at an Omega affiliate, Lemania. The “CHRO” in his caliber name stood for the chronograph, while the “27” stood for the movement’s diameter in millimeters. The additional counter was designated as “C12” for 12 elapsed hours.

In 1946, Albert Piguet launched the Reymond movement, and it was the smallest of its kind. On the other hand, Designer Claude Baillod, prototype maker Georges Hartmann, and machinist Désiré Faivre collaborated on the Speedmaster’s original case design produced by Lemania. In 1960, the first Speedmaster had a casing with a diameter of 39mm. A black dial, illuminated hands, a tachymeter scale, a water-resistant case, a screwed back. It also included a domed Plexiglass crystal.

The De Ville started in 1967 as a separate series under the Seamaster range.

It was the best-selling OMEGA line due to its innovative, vibrant, diversified, and simple design compared to the Seamaster.  The new era of modern sophistication led to the inspiration of the collection. The De Ville was built in Geneva, featuring the concept of delivering an up-to-date design that capitalized on wristwatches.

The De Ville Versions were rectangular models equipped with an ultra-slim hand-wound Caliber 620 movement. Innovation and tradition were the most incredible foundation for a company such as an Omega. This classic wristwatch won six “Golden Roses” prizes on the design awards in Baden-Baden in the 1970s.

These five iconic watches stirred some of the success that the present ones attain today. Every luxury watch brand has its upgrades to improve the previous editions. At present, we have seen Omega series iterations as it continuously releases watches with better innovations.

Should you look for an Omega wristwatch, visit Watch Shopping to find the one that suits you best. Grab one now! 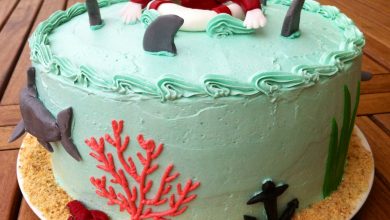 There are cakes to suit any occasion! 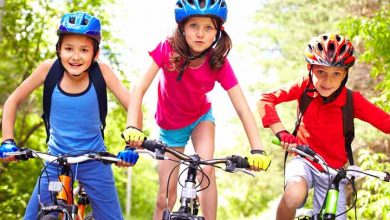 Here’s A New Hobby For Your Kids 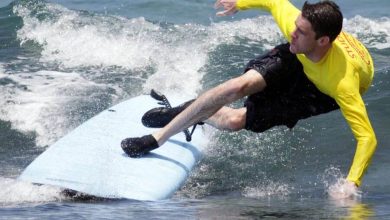 Professional Photography 9 Tips to Get the Best Shot