Looking around, you’ll agree with me that there have been plenty of modern developments in orthodontics. But then, it is important to note that the quest for perfect teeth began a long time ago. While the idea for a perfect smile may differ between cultures and times, teeth straightening ideas bite correction remains pretty much the same. In this article, I will share some interesting and engaging information about the history of orthodontics and when clear aligners were invented (it’s not as far back as you think).

Humans have experienced dental problems long before recorded history. In fact, the earliest history of orthodontics (or something close to it) comes from Etruscans, Egyptians, Greeks, and Romans.

Archeologists have discovered bodies (and mummies!) with gold or metal wire wrapped through and around their teeth. While this may sound like present day braces, it is important to note that they were mostly used to preserve teeth and keep them in place for burial ceremonies rather than improving their bite while alive.

Ancient Egyptians also had metal bands around their teeth. According to a study published in The American Journal of Orthodontics and Dentofacial Orthopedics, these bands were made from the guts of animals. It is important to note that these bands may have helped in applying pressure to the teeth, much like modern braces.

In 400 B.C., Hippocrates, the Greek Philosopher wrote some of the first categorizations of tooth disease. Progress in orthodontics was not made until centuries later when Aulus Cornelius Celsus, a Roman author applied pressure on the teeth using his finger. Application of the pressure helped to reposition teeth over time. Around the same period in Rome, the earlies version of teeth filling was invented by Pliny the Elder. With this method, damaged teeth could be filled to their original size.

Fun tip: Hippocrates is the foundation of modern medicine. His ideas are the basis for the famous Hippocratic oath.

The bulk of progress in orthodontics was done in the 17th and 18th centuries, especially in Europe.

While these practices trended at the time, today, they would be considered extremely crude.

How has orthodontics fared in the United States?

Advances in modern technology have opened the door for progress in orthodontics. Orthodontists are encouraged by progression in mining, manufacturing, fabrication, etc., to offer that unique smile with highly effective and exact appliances.

As reported by Columbia Surgery, X-rays were accidentally discovered by Wilhelm Roentgen in 1895. This technology increased the accuracy of orthodontic history, allowing dental professionals to have an unparalleled insight into your teeth’ shape, size, and layout. Considering this, it is no surprise that you’ll still receive x-rays to chart your orthodontic progress.

Material science has played an important role, enabling the creation of orthodontic appliances using stronger, better-looking, and safer materials (including ceramic brackets in braces). In the past, dental professionals attached teeth to brackets using wrapping wire. The invention of strong adhesives that allowed for direct fixation of brackets to teeth paved the way for the design and production of modern braces.

ICT and the computer revolution have also contributed to the evolution of orthodontics. Imaging technology is on the path of advancement, while 3D printing and computer modeling offer outstanding accuracy when used by fabrication labs and dental professionals.

Orthodontics is continually advancing, but there’s one lasting change that may not disappear anytime soon: the focus on straight teeth, an accurate bite, and a perfect smile.

Beam Clear Aligners is in a class of its own. Other clear aligners are made from thermoplastic materials which are known to be stiff and can cause discomfort and pain. These materials are of lower grade and cannot offer the same consistent tooth moving force. These materials weaken as treatment progresses and may lower your chance of achieving a complete alignment. However, it is different with Beam. Beam Clear Aligners use premium Zendura FLX material. Its superior performance and comfort are attributed to its elastomeric inner layer housed in the unique dual shell construction.

This article originally appeared on the Beam clear aligner blog. 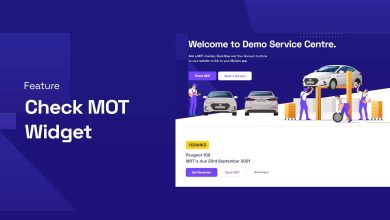 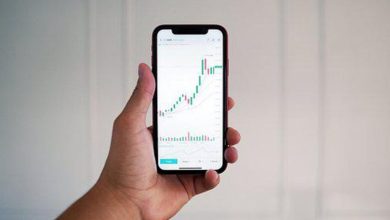