A weighbridge is a scale used to weigh large vehicles, such as trucks and buses. They typically consist of a platform with a set of scales and are often located at the entrance to a truck stop or freight depot.

A weighbridge system is used to ensure that vehicles carry the correct cargo amount and can also be used to calculate fuel taxes and tolls. In some cases, they may also be equipped with electronic devices that can automatically read the weight of a vehicle and calculate the appropriate charges.

Importance of a Weighbridge

Weighbridges are large scales that are typically used to weigh vehicles, such as trucks or buses. They are often found at weigh stations, which are checkpoints that commercial vehicles must pass through to ensure that they are not overloaded.

Weighbridges play an important role in preventing accidents and protecting public safety. Overloaded vehicles can be more difficult to control and are more likely to be involved in accidents.

2. Ensure that Vehicles are Not Overloaded

Weighbridges, also known as truck scales, are large digital scales that are used to weigh vehicles. They are typically found at weigh stations, where they are used to monitor the weight of trucks and other commercial vehicles.

They help ensure that vehicles are not overloaded, which can damage the roads and lead to accidents. In addition, they can be used to calculate tolls and fees based on the weight of the vehicle. Weighbridges are an important part of keeping roads safe and efficient, and they play a vital role in the trucking industry.

3. Determine the Axle Load of the Vehicles

Weighbridges, also known as axle scales, are devices that are used to weigh vehicles and determine the axle load. They are typically installed at locations where there is a need to monitor and control the weight of vehicles, such as in mines, quarries and construction sites.

These typically consist of a platform that is supported by load cells. The load cells measure the weight of the vehicle as it passes over the platform. Weighbridges can be used to weigh both stationary and moving vehicles.

4. Monitor the Weight of Goods

Weighbridges, also known as truck scales, are large scales that are used to weigh vehicles and their loads. They are typically located at checkpoints or border crossings, and they play an important role in monitoring the weight of the goods being transported.

These help ensure that vehicles are not overloading, which can cause damage to the roads and present a safety hazard. In addition, they can help to prevent fraud by ensuring that the declared weight of the goods matches the actual weight.

5. Check the Stability of the Vehicles

Weighbridges are large platforms that are used to weigh vehicles and their loads. They are typically used in commercial and industrial settings, such as at truck depots and construction sites.

These help ensure the stability of vehicles by ensuring that they are not overloaded. This is important for both safety and legal reasons. Overloading a vehicle can lead to accidents, and it can also result in fines.

Weighbridges are large scales that are used to weigh entire vehicles, including both the vehicle and its load. These are typically found at truck stops, construction sites, and other locations where large vehicles regularly travel.

Weighbridges help to prevent these accidents by ensuring that all vehicles are within the legal weight limit. As a result, weighbridges play an important role in keeping our roads safe.

7. Reduce Wear and tear on Roads

Weighbridges are an essential piece of equipment for many businesses, providing a quick and easy way to weigh vehicles and goods. However, weighbridges can also help to reduce wear and tear on roads.

By accurately weighing vehicles, weighbridges can help to ensure that vehicles are not overloaded. This means that they are less likely to cause damage to the road surface when travelling, and it also helps to improve fuel efficiency.

Weighbridges, also known as weigh stations, are devices that are used to weigh vehicles. By doing so, the emissions produced can be determined. They help in reducing air pollution by providing data that can be used to regulate vehicles. For example, if a vehicle is found to be emitting too much pollution, the government can take action to reduce the vehicle’s emissions.

Weighbridges also help to encourage drivers to drive more efficiently. If drivers know that they will be weighed, they may be more likely to drive less aggressively and conserve fuel. As a result, weighbridges play an important role in reducing air pollution.

Weighbridges are an essential piece of equipment for any business that transports goods via road. By accurately weighing vehicles, weighbridges help to ensure that vehicles are not overloaded, which can lead to excessive fuel consumption and damage to the roads. Overloading is a major cause of wear and tear on roads, and it also reduces fuel efficiency. 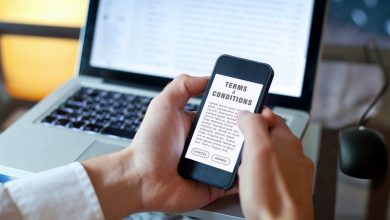 How Do Timeshare Cancellation Companies Work? 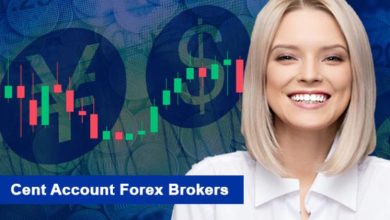 Forex Cent Account Brokers And You Must Know That

Incredible benefits of a virtual office for startups

How will the office space benefit startups?