Renewable energy is derived from natural sources. Their replenishment rate is always higher than the rate at which they are consumed. Examples of such sources are wind, water, and sunlight, which are constantly replenished during usage. All renewable energy sources are plentiful and are found in our entire surroundings.

The following are the two most common renewable energy sources.

In wind energy, large wind turbines located on land or onshore harness the kinetic power of the moving wind. The turbines can also be used to harness offshore wind energy. Despite wind energy being used for millennia, the technologies used in onshore or offshore wind energy have advanced over the years to maximize electric production. They are often constructed using larger rotor diameters wind taller turbines.

Even though there are considerable variations in the average wind speeds depending on the location, there are chances that the technical potential of the world’s wind energy exceeds global electricity production. Most regions also have ample possibility to enable significant wind energy deployment.

Also called hydroelectric power, hydropower involves harnessing the kinetic energy of water flowing from higher to lower elevations. Here, the amount of electricity generated depends on the velocity of the moving water. The nature of the gradient of the flow of water often determines the velocity.

Reservoirs are built along the water source, a river or a waterfall, to increase the speed of water flow. The reservoir holds water to a certain height, thus ensuring an accumulation of a large volume of water. Therefore, a higher potential energy is reached that, when converted to kinetic energy during the flow of water, can generate increased power to drive the electric turbines.

Hydropower has more benefits, other than just energy generation. For instance, the reservoirs hold water that can be used for domestic purposes such as drinking, cooking, and irrigation. The water can also be used to control droughts, navigation services, food production, and energy supply.

In the current electricity sector, hydropower is the largest renewable energy source. In most cases, hydropower relies on stable rainfall patterns. Hydropower can, therefore, be impacted negatively by climate-induced droughts or any variations in the ecosystems that have the potential to affect the rainfall pattern. 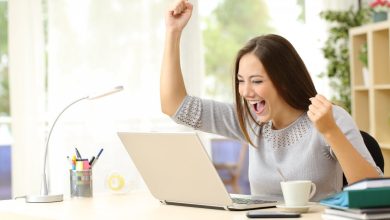