Aside from the counterculture movement of the 1970s, psychedelic drugs such as mushrooms have become more mainstream. It’s not simply for the sake of having a good time that people are turning to mushrooms; they’re doing it for the supposed cognitive advantages, such as greater attention and creativity.

Furthermore, a large dose is not always necessary. Researchers are looking into the possibility that consuming hallucinogenic mushrooms in very tiny amounts, known as microdosing, might be beneficial to mental health. In contrast to those who consume enormous amounts of mushrooms in order to “trip,” others are exploring the possible advantages of microdosing mushrooms.

You’ll find all the information you need to know about consuming mushrooms in microdoses, as well as the possible benefits, here.

When it comes to mushrooms, what exactly does the word “microdose” mean?

The term “microdosing” refers to administering a psychoactive drug, such as mushrooms, in extremely tiny doses. As a result, the phrases “recreational dosage” and “microdose” cannot be used interchangeably. Assuming that 1 gramme of dry mushrooms is the minimum amount required to produce a psychedelic effect, a low microdose would be around 0.1 grams. Choosing psilocybe cubensis is also important here.

Serotonin 2A receptors in the brain are activated by psilocybin, which is present in mushrooms. Excessive use of this substance might cause the following symptoms:

On the other hand, microdosing aims to alleviate negative symptoms and/or enhance one’s mental, emotional, or cognitive condition by administering tiny dosages of the drug without producing any hallucinatory effects. The theory behind microdosing is that very little dosages, which have no noticeable hallucinatory effects, may be helpful in some situations.

What are the benefits of microdosing?

To be clear, consuming microdoses of mushrooms may be beneficial for certain individuals. However, this has not been shown in any way conclusively.

Microdosing benefits cannot be distinguished from placebo effects, according to two distinct studies published in January 2021 and March 2021, both of which used the data that was available at the time. The researchers that conducted the study that was released in January 2021 found that stepping into an interaction with hopeful expectations was connected to favourable outcomes.

Microdosing, on the other hand, may offer several benefits that have been discovered in early research:

Improved mental clarity and stability 26.6 percent of individuals who received microdoses of LSD or mushrooms reported an improvement in their mood, while 14.8 percent reported an increase in their ability to focus. LSD or psilocybin may have been responsible for these effects, although the conclusions of the study aren’t certain.

A 2019 study found that those who received microdoses of LSD or psilocybin reported increased creativity and open-mindedness. In certain cases, psilocybin may be to blame because it allows different parts of the brain to communicate with each other in a whole new manner.

Research released in 2019 found that people who took LSD or psilocybin microdoses for six weeks experienced less grief and stress than those who did not. Mental health improved as a consequence of this. A neurotransmitter known as serotonin, which is responsible for a substantial part of one’s mood, may be the reason for this. Neurotransmitters such as serotonin may benefit from the use of psilocybin, which acts as a serotonin receptor antagonist.

Not all of these studies were conducted in clinical settings, and many of the results were based on self-reporting. This must be kept in mind. There was also a problem with the sample sizes: To determine whether or not microdosing is safe and effective, authorities feel that further research is needed. 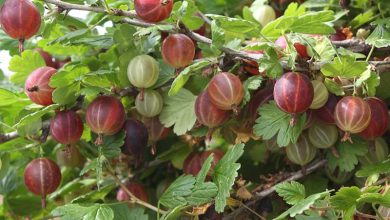 Creating the best seafood boil for a bbq party You Must Know The Health Benefits Of Potatoes 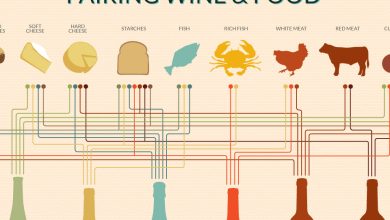 Pairing wine and food – is it a thing?